Beyond Neoclassical and Behavioral Economics - New Perspectives from Brain Science and Other Disciplines
On the afternoon of November 18, the 6th Academic Salon for Ph.D. Students in Theoretical Economics in 2019 (the 48th in history) was staged by the China Center for Special Economic Zone Research (CCSEZR), Shenzhen University (SZU) in the conference room on the second floor of Huidian Building. The guest speaker at the salon, Prof. Luo Laiwu, a student of China’s most famous economist, Mr. Wu Jinglian, is currently serving as a director of the Key Base for Cognitive Science and Interdisciplinary Science Research in Jiangxi and a distinguished professor of Jiujiang University. He has been long engaged in the research of cognitive science and interdisciplinary research. Prof. Luo delivered a brilliant lecture titled “Beyond Neoclassical and Behavioral Economics - New Perspectives from Brain Science and Other Disciplines”. This salon was presided over by Associate Professor Zhang Ping from the CCSEZR and attended by doctoral students from the CCSEZR.
​       Mr. Luo introduced the trend of a great shakeout in social sciences across the world. He pointed out that social sciences are focusing more on brain and behavioral sciences which can help economics break through a load of existing bottlenecks and underpin its development. Neoclassical economics is based on the assumption that economic actors as an atomized individual, characterized by perfect rationality, act always in their self-interest based on the principle of utility maximization, and economic systems act in an equilibrium state. Prof. Luo said that clouds are gathering over neoclassical economics after a long period of development. For example, insufficient attention has been paid on uncertainty and complexity, as well as innovation and dynamism, and few studies are centered on relationships among subjects and emotion. Brain and behavioral sciences offer not only new research perspectives for these issues but also a new model for neoclassical economics. He proposed that contexts and emotion should be included into economic studies to solve these dilemmas. As a higher-order manager of life value, humans feature a body and sport system, a sensory system, an emotion system and a context and symbol system. These four systems are the origin of human behavior and foundation of cognition and dynamism. Among them, the context and symbol system consists of nine domains: organization and unit, daily life, family, symbol and learning, society, country, market, privacy, production and labor. Contexts can be abstracted from situations in four steps. First, people engage in real-world situations on the ground. Second, people record these situations by photos or other means. Third, characters and symbols are written down to describe what these photos present. And last, readers recognize these situations through the characters and symbols, namely semantic codes. The language-to-mind mechanism is a process of mapping a source domain onto a target domain. A source domain is a concrete and simple domain that uses characteristics of objects and tangibility to refer to familiar concepts, such as temperature, motion and space. However, a target domain is an abstract, intangible and complex one. For example, the phrase “foot of a mountain” uses a term for body parts to express a geographic concept.
​       Introducing context and emotion models into economic studies can help analyze the real behavior consciousness of each subject to reduce uncertainty in economic studies and clarify the relationships among multiple subjects.
(Correspondent: Xie Hai) 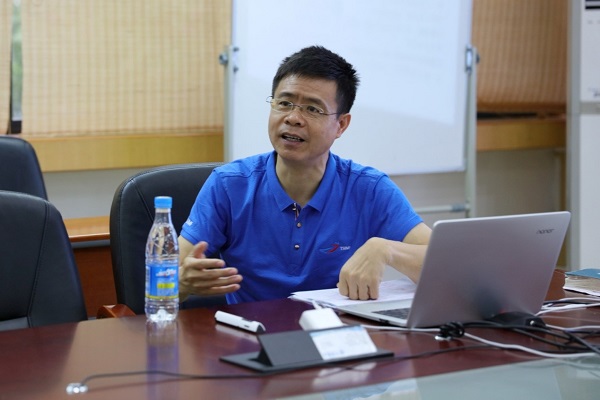 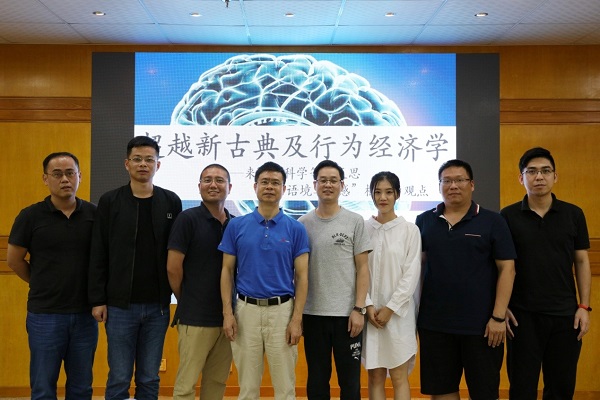