Demands of Ancient Chinese States and Academic Supply of Different Schools in the Pre-Qin Period: Seeking the Origin of Orthodox Thoughts Transformation - Based on the Perspective of Mohism and Legalism
On the afternoon of October 25, the 5th Academic Salon for Ph.D. Students in Theoretical Economics in 2019 (the 47th in history) was staged by the China Center for Special Economic Zone Research (CCSEZR), Shenzhen University (SZU) in the conference room on the second floor of Huidian Building. Associate Professor Chai Yi of the School of Economics, Yunnan University, a visiting scholar of Trinity College, was the guest speaker of this salon whose research field is the History of Economic Thoughts. He has led a research program sponsored by the National Social Science Fund of China and other four ministerial and provincial levels research programs. Prof. Chai gave a wonderful speech titled “Demands of Ancient Chinese States and Academic Supply of Different Schools in the Pre-Qin Period: Seeking the Origin of Orthodox Thoughts Transformation - Based on the Perspective of Mohism and Legalism”. This salon was presided over by Dr. Huang Yiheng, a teacher of CCSEZR and attended by graduate students of CCSEZR.
​       Prof. Chai Yi started off with the dispute between mainstream and non-mainstream economics and the debate between orthodox and heterodox economics to analyze the transformation of orthodox thoughts in the Pre-Qin Period, and defines the orthodox thoughts in that period as famous and popular theories (Xianxue, 显学), as written in an ancient Chinese text Han Feizi, “Ruism and Mohism are now famous and popular theories among all vassal states”. Adopting the “Orthodox” viewpoint, he defined orthodox thoughts as thoughts that were widely adopted by vassal states and were promoted to be the way of ruling a nation. He then expounded on the governance structure of the Western Zhou, re-constructed Mohism based on the thoughts of “City Defense” (Cheng Shou, 城守), and built theoretical systems and model with “Defense” (Shou Yu, 守御) as the “core” and “Saving” (Jie Yong, 节用) as the “protective zone” to analyze the reason behind the rise of Mohism, and elucidate the reason behind its fall by using the market demand theory of economic thought and “mismatch of supply and demand”. Furthermore, he explored how the orthodox and non-mainstream status of Legalism is established by analyzing the goals pursued by these vassal states and the reform of patriarchal system. He concluded: These vassal states have to manage the dual relationship of maintaining national security externally and developing economy internally, which gives birth to the political need of making their states rich and their military force powerful; these vassal states kept Mohism at arm's length due to the ill-timed Mohist military theory and economic theory; Legalism had been the mainstream thought for hundreds of years in the Pre-Qin Period because it met the needs of that age, and consistently evolved; the system of enfeoffment and the patriarchal system, together with the etiquette system and the city hierarchy system in the early Western Zhou Dynasty were the underlying political system of the Western Zhou Dynasty; Legalism demonstrated the legitimacy of the decline of "Monarch’s Power" and the rise of "King’s Power". Legalism developed the economy through reforms and established the authority of vassal states by enhancing their military capabilities, and gained orthodox status by way of a transition from strengthening “King’s Power” to strengthening “Monarch’s Power”.
​       The experience that we can draw on through the history of the Pre-Qin Period is summed up as follows: 1) We must serve government needs through reform and transformation. Against the backdrop of vassal states contending for hegemony and social transformation, Legalism tallied with these states' goal of becoming economically rich and militarily powerful, and therefore achieved orthodox status. Among all schools of thoughts in the Pre-Qin Period, Ruism, Taoism, the School of Agriculture and the School of Commerce all laid weight on building a rich state. The School of the Military and the School of Diplomacy both stressed building a powerful military, and only Mohism and Legalism built their theoretical system around the goal of building a rich state and a powerful military. On November 29, 2012, President Xi Jinping first put forward the concept of “Chinese Dream” when he attended an exhibition themed "The Road Toward Renewal”. As a goal for all the Chinese people, Chinese Dream constitutes the needs of both Chinese government and people, making it necessary to expound on this concept by keeping to the main theme of "building a rich nation and a powerful military, and making people prosperous ".
​       2) We need to establish a leading voice and advocate contention of a hundred schools of thought.
Gongsun Qiao, Li Kui, Gongsun Yang and Wu Qi all established a leading voice in their respective states and promoted Legalism, leading to the formation of mutually competing economies of scale. Non-mainstream ideas are marginalized and have no voice in the society. Therefore, we must establish a leading voice and achieve the contention of a hundred schools of thought.
​       3) We can't build a theoretical system of socialism with Chinese characteristics without the support of traditional Chinese thought. Among current Chinese economic theories, we have mainstream neoclassical economics, orthodox socialist political economics with Chinese characteristics, and also the marginal traditional economic thought. While ushering in western theories (mainstream and orthodox), we must take into account China's actual situation, including the traditions, concepts, systems and the transformation of current theories, to achieve "modernization of traditional thoughts" and "sinicization of western thoughts”.
​       At the end of the salon, the graduate students brought up  questions for Prof. Chai, including analyzing the market supply and demand relationship through the combination of economics and political theories; analyzing Mozi's plea for thrift based on the CD production function; further considering the causality between stressing agriculture and restraining commerce (重农抑商) and the decline of the Mohist theory. Prof. Chai patiently answered all of them. Furthermore, Dr. Huang Yiheng also had a heated discussion with the participating students.
​       The salon ended successfully after a group photo.
(Correspondent: Zhang Xing) 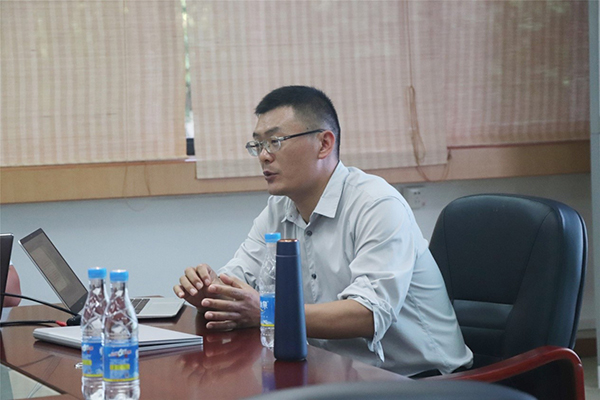 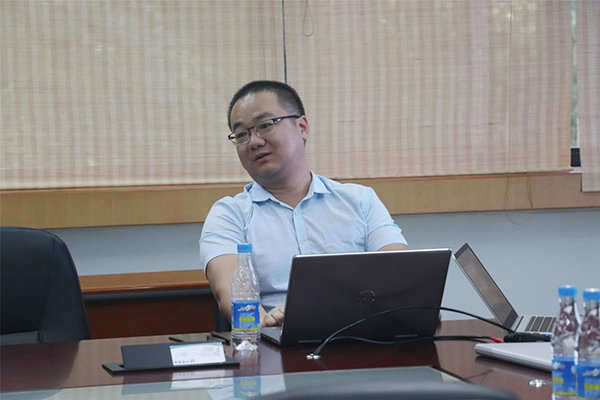 Dr. Huang Yiheng from CCSEZR presides over the salon 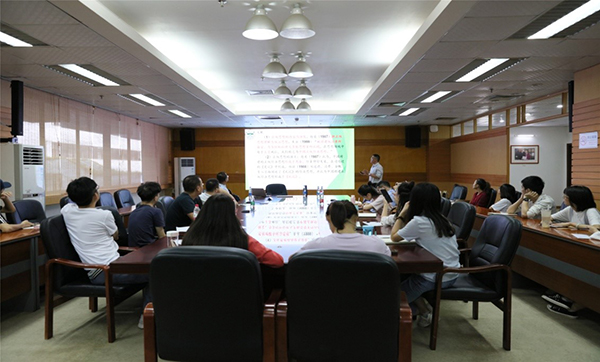 A glimpse of the salon 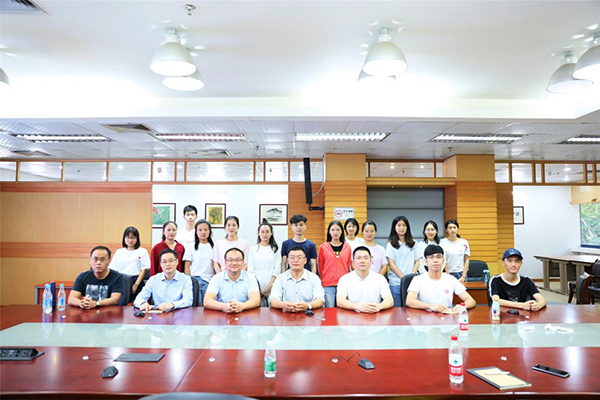