On June 6, 2019, the 2nd Academic Salon for Ph.D. Students in Theoretical Economics in 2019 (44th in total) was staged by the China Center for Special Economic Zone Research (CCSEZR), Shenzhen University (SZU) in the conference room on the second floor of Shenzhen University Library North. The guest speaker of this salon, Dr. Huang Yiheng from CCSEZR, graduated from SZU with a bachelor degree and received his Ph.D. in Economics from Shanghai University of Finance and Economics, majoring in History of Economic Thoughts, later a Ph.D. in Philosophy from the School of Economics, Clemson University. His research interests lie primarily in Labor Economics, History of Economic Thoughts and the transition of economic systems. The salon was presided over by Associate Professor Li Fan, Director Assistant of the CCSEZR, and attended by graduate and doctoral students from the CCSEZR and teachers and students in other majors.

Dr. Huang elaborated on the paper, “Why Did College Wage Premium Growth Slow Down? An Analysis with Endogenous Supply of College Equivalent Workers”, co-authored by him and his advisor Dr. Xu Jiajian. This paper probes into the reasons why college wage premium growth has slowed down since the beginning of the 21st century. Dr. Huang analyzed the existing literature that tries to explain the reasons for growth and slowdown of college wage premium, and found that they separated the supply and demand of college graduates and only explored the reasons on one side. This analytical method neglected the possibility that technology advancement might influence both supply and demand at the same time, which might cause that the theory of skill-biased technological change was abandoned in analysis of growth slowdown. In view of this, they built a social-planning decision-making model with college graduates as heterogeneous individuals and supply determined by endogenous demand, and employed counterfactual simulation to dig out why college wage premium growth decelerated at the beginning of the 21st century. They found that major reasons to such a growth slowdown were the retard of skill-biased technological change for positions with non-cognitive tasks, the acceleration of skill-neutral technological change for positions with repetitive, routine tasks and potential changes of college education costs. And the reversal of skill demand for positions with cognitive tasks, whereas, had little impact on the growth deceleration before 2014. Downgrade of the quality of college graduates was also proved to be a significant reason. Furthermore, they held that the overall growth for college wage premium will drop if there is any reversal of skill demand and advancement in automation for positions with non-cognitive tasks, even if technological progress generally benefits college graduates. This slowdown seems inevitable from the perspective of technological progress.
The report by Dr. Huang is novel and essential. He clearly laid out his thoughts and students could grasp basic principles and meaning of the mathematical models mentioned in his report which, though, produced certain challenges for them. The one and a half hours report deepened students’ understanding of the theory of Labor Economics. 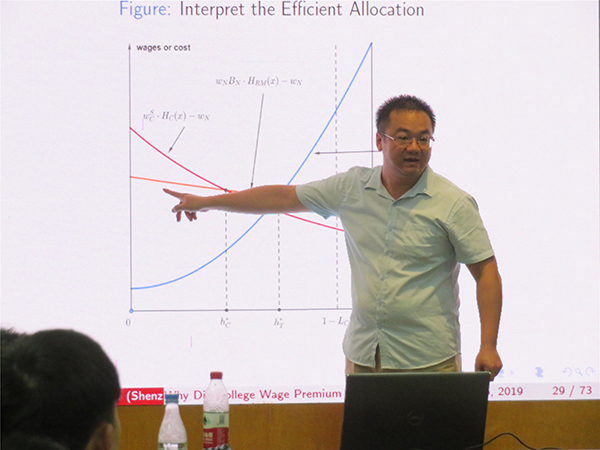 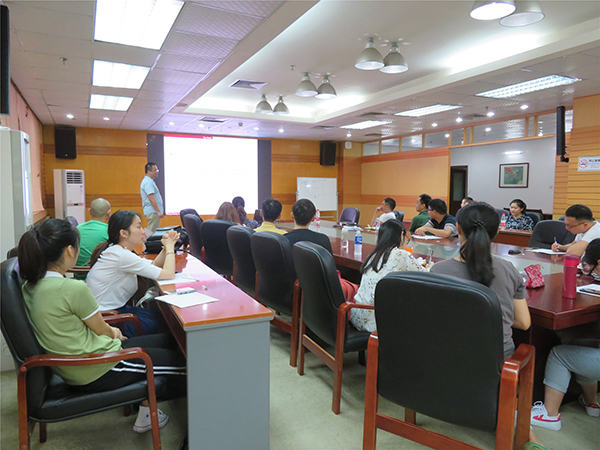 A scene at the salon 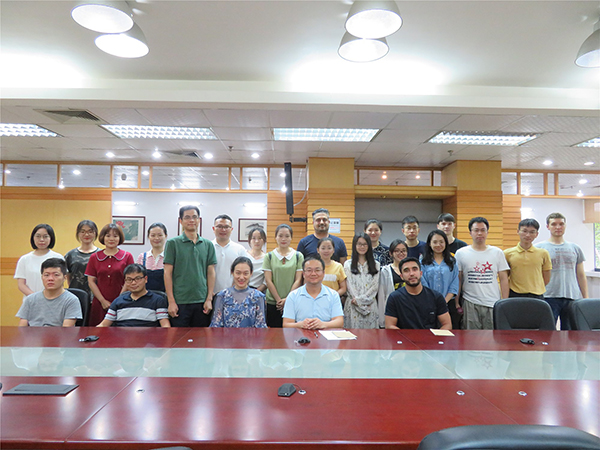